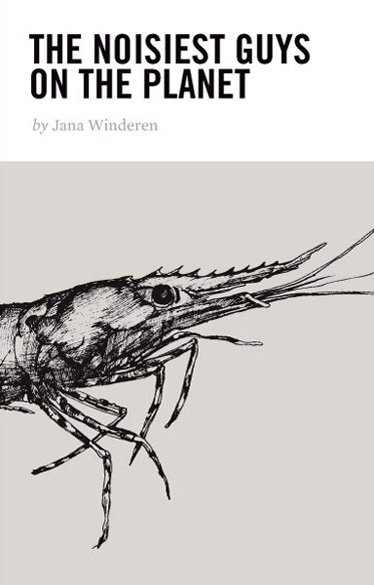 Ash 8.1 – Jana Winderen – The Noisiest Guys on the Planet

Cassette only, in a limited edition of 500 copies.

“The Noisiest Guys on the Planet” was recorded by Jana Winderen, who also provided the illustration. Thanks to: Institute of Marine Research and the crew on Johan Hjort.

The decapods or Decapoda (literally means “ten footed”) are an order of crustaceans within the class Malacostraca, including many familiar groups, such as crayfish, crabs, lobsters, prawns and shrimp. Most decapods are scavengers.

As their name implies, all decapods have ten legs; these are the last five of the eight pairs of thoracic appendages characteristic of crustaceans. The front three pairs function as mouthparts and are generally referred to as maxillipeds, the remainder being pereiopods. In many decapods, however, one pair of legs has enlarged pincers; the claws are called chelae, so those legs may be called chelipeds.

Jana Winderen writes:
“An ongoing investigation into the use and production of sound by decapods…

When a recording is made underwater, you will definitely hear the crackling noise of what might be a creature from the order of Decapods.

When recording on the coast of Norway, for example, this sound is what you are very likely to hear as soon as the ferries and motorboats have parked for the night. They seem to be everywhere, whoever it is making this sound. When you go for a swim and listen underwater you can even hear them. But who are they?

The pistol shrimp, or snapping shrimp, make this kind of sound, but they are not found in waters as far north as the Norwegian coast. In Thailand the same sounds can be heard in the freshwater River Ping.

To get more of an understanding of this phenomenon, I called various Professors of Marine Biology in Norway who specialise in shrimp. I asked whether they knew what kind of shrimp it could be making these sounds. One of them sent a question to his world-wide shrimp network because he did not know that shrimp made these sounds. The replies came that the sounds are probably produced when they are feeding. I know that pistol shrimp make sounds when they snap they claws to paralyse their prey, but do others in the same family do the same? No one seems to know. Underwater there is very little known about the soundscapes created by living creatures, and few understand the details of variations between the various grunts, knocking sounds and rumbling sounds that cod, haddock, pollock, other fish and crustaceans produce, and how they experience and orientate themselves through the use of sound.”

Outside (USA):
Quick: What’s the creepiest sound you’ve ever heard? Whatever it is, it’s got nothing on Jana Winderen’s 2009 recording of decopods scuttling about on the ocean floor off the coast of Scandinavia. Decapods—the order of ten-legged crustaceans that includes lobsters, shrimps, and crayfish—use as many as half of their appendages to paralyze and dispatch prey or, more often, to pick at the crumbling remains left behind by larger sea predators, a fact that only amplifies the grisliness suggested by the muculent chatter heard on The Noisiest Guys on the Planet. Like Roger Payne and his whale-song recordings, Winderen used sensitive hydrophones, lowering them hundreds of feet into the sea to capture the briny clamor with chilling clarity.

DID YOU KNOW: Winderen was awarded the 2011 Golden Nica—the Grammy of digital sound art; past recipients include Peter Gabriel and Aphex Twin—for Energy Field, a CD in which her decapods figure prominently.