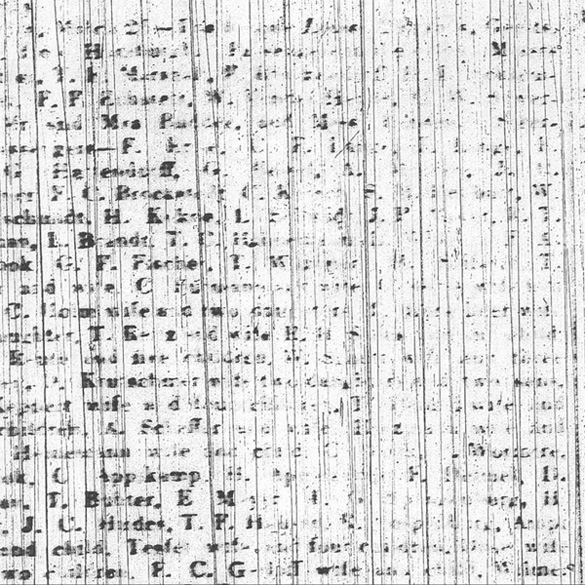 “Worms compose as well as decompose”

On the 19th November 2009, there took part at Café Oto, London, the first ever Night of the Long Worms – a label night held by the cassette label, The Tapeworm.

you can hear an edit of this track here

Boomkat (UK):
A dark pleasure from Meltaot aka Wire magazine’s artist in residence, Savage Pencil with Sharon Gal plus a Bruce Gilbert collaboration as Souls on Board. The longer A-side was recorded live at the Tapeworm night in London’s Café Oto late 2009 and features Meltaot in all their sludgy depravity. To a background of droning black ambience worthy of Sunn 0))) Sharon Gal removes her vocal cords one by one, firstly testing their elasticity, before coating them in phlegm and wrenching until they snap clean, or that what’s it sound like anyway. This goes on for 14 minutes and puts you in a fucking unholy place. On the flipside, the live Souls On Board track just made us p*ss ourselves. Together with Wire’s (the band, not the mag) Bruce Gilbert, Meltaot create another doomy dronescape punctuated with industrial squalls and a sample of some poor bloke from the black country (judging by the accent) practically breaking into tears. We won’t spoil the fun, but you may need a man nappy. Finally Bruce gives his own ‘Pirates Mix’ of viscous gloomy ambience…. Genius record!

Dusted (USA):
Live recordings of longform experimental/torture sounds from London, featuring folks you know, dating to November 2009 and an event held by exp cassette label The Tapeworm. Meltaot is Savage Pencil, a man I admire, and his musical partner Sharon Gal. They go at it as only two artists would, guitar and bass leaking black sputum while Sav X bangs the cymbal, sticks the instrument cable up his you-know-what and howls in sputtering discontent. Souls on Board is billed as a “mystery group” featuring Wire’s Bruce Gilbert (so much for the mystery) – they offer up a barely-there thrum of low-frequency interference, long on time and kind of short on excitement, though I am positive people want this for something. I plan on scaring my upstairs neighbor tomorrow and I think the subtlety and long-lasting nature of this one will drive him fucking bananas. IF I DON’T GO INSANE FIRST! [Doug Mosurock]