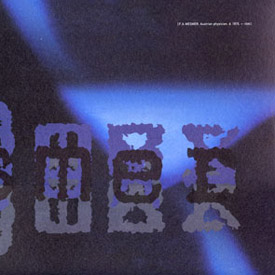 Franz (Freidrich) Anton Mesmer (1734-1815), ‘The Wizard of Vienna’, was an Austrian Physicist who claimed he could cure diseases by correcting the flow of animal magnetism in his patients’ bodies during séance-like group sessions. Mesmer was offered 20,000 livres in Paris in 1778 for his secret, but refused to divulge it.

Contemporaries established a commission to investigate these claims, deducing that any cures were due to the powers of suggestion – his audience at the time were largely from among the rich Parisian bourgeoisie, and apparently highly prone to such influences. Mesmer’s claims, however, did initiate serious studies into hypnosis, especially by James Braid (1795?-1860), the originator of the term hypnotism (Hypnos = Greek God of sleep). Braid proved the personal nature of the mesmeric influence, but is little known today.
Even now there is very little serious study of hypnosis, which has been sidelined as entertainment for the masses, or a crank cure for psychic damage. Research is desperately needed to study the influence of ‘the flicker effect’ (induced by watching television and cinema), the new range of ‘videodrugs’ from Japan, or listening to repetitive sounds recorded at certain frequencies. A thorough investigation is also needed to establish the validity of using Hypnotherapy in the healing process. If hospitals and prison cells in western Europe have adopted the use of colour as a healing tool, then so could medical authorities and establishments use sound. But we need to know more.

The results of any such enquiry promise to be extraordinary.

Test yourself by using this record…observe from within how the mind deals with repetition and boredom by altering the sound – proof positive of active perception. Note that the length of the tracks has been calculated to induce the hypnagogic state. Once placed on the turntable, under no circumstances allow any interruption, or the test will be invalid.

On Magazine (UK):
“Another hypnotic excursion from Ash – tinkly mesmerising groove that goes on and on and on and on. Let your own mind deal with the boredom and adapt accordingly, creating variations at will. Delicious.”