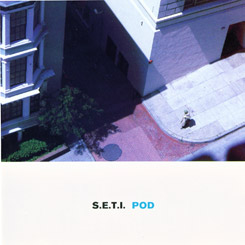 “Don’t reconfigure your consoles. Take hard copies of all your displays. Make sure you protect any data source you have…”

The 3rd in Andrew Lagowski’s alien trilogy which began with ‘Knowledge’ (Ash 2.3) [Concept: Following recent revelations concerning the ease with which individuals can access high security data, Knowledge is particularly relevant in exposing the farcical levels of secrecy which surround any investigation or research into extra-terrestrial intelligence] and was followed by ‘Above Black’ (Ash M31) – [Concept: The Search for Extra Terrestrial Intelligence should be secondary to the search for those outlanders already present on our planet.

The National Security Agency and World Defence departments, particularly in America, not only know of their existence but are aiding them with the supply of monitored abduction subjects and E.S.P. – capable Intuitive Communicators.

These Grey Projects are hidden behind “above top secret” Black Projects, where not even those orchestrating the Black Projects are aware of what is going on under their command. With the Earth’s population increasing almost exponentially, a catastrophe is being prepared for, or is being prepared for us…] Pod is a metaphor for escape. An escape pod. On a superficial level, the human desire to escape the confines of this planet. In reality, the urgent need to leave ourselves behind and become new beings.